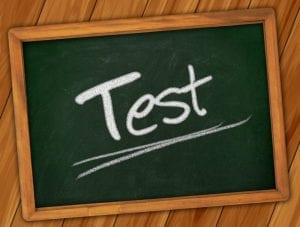 To what extent should standardized tests play a role in college admissions?

Others, including those who advocate for “test-optional” admission policies, believe college entrance assessments are biased, misused or overused. Yet this debate and the role of college admissions tests, in general, remain a mystery for many students, teachers, parents, policymakers and practically anyone outside the testing industry and college admissions and counseling professions.

It doesn’t have to be this way. To help answer important questions about testing and admissions, two colleagues and I recently published Measuring Success: Testing, Grades, and the Future of College Admissions, a response to the fragmented and incomplete state of the literature that informs debates and decisions related to college admissions testing. Our goal was to gather and build upon the most rigorous research and thoughtful case studies available — to shine a spotlight on empirical evidence — in order to inform a more balanced and nuanced discussion on the role of standardized testing in college admissions.

The result is a comprehensive collection of new research on admissions testing from experts and practitioners, with an emphasis on methodological rigor that too often has been lacking in the discussion of emerging practices such as test-optional admissions. (Some colleges and universities have stopped requiring students to submit SAT or ACT scores when they apply for admission.) We also highlight the on-the-ground perspective of college enrollment officers who have changed, or considered changing, their testing policies.

To help answer important questions about testing and admissions, two colleagues and I recently published Measuring Success: Testing, Grades, and the Future of College Admissions, a response to the fragmented and incomplete state of the literature that informs debates and decisions related to college admissions testing.

We attempt to help admissions officers answer two important questions: “To what extent should standardized tests play a role in college admission?” and “What is the best and fairest way to assess a prospective student?” These discussions are more important than ever, as college admissions officers are seeing the largest and most diverse applicant pools ever, varying levels of academic rigor across high schools, and increased public scrutiny of the role and impact of higher education in American society.

The book features research that upholds the value of testing as an important piece of the holistic admissions process. For example, two University of Minnesota researchers confront eight common myths about standardized testing, including the notions that tests are unrelated to real-world success and only a measure of socioeconomic status. The book also provides detailed evidence that standardized test scores — especially when combined with grades — have significant predictive validity for college performance and completion across racial groups, genders and socioeconomic statuses.

New research presented for the first time in this book shows clearly that grade inflation in high school is real: Grades have been on the rise for the last 20 years, while SAT scores have remained relatively steady. With these trends especially pronounced among students at affluent, mostly white high schools, the idea that relying more heavily on grades will reduce inequities in the admissions process seems implausible.

Perhaps the most striking claim of test-optional proponents, not always stated directly, is that the only way to prevent misuse of standardized tests in college admissions is to remove scores from the equation all together — in effect, tying the hands of admissions officers. By making admissions tests voluntary, this argument goes, enrollment managers are forced to match their practice with their long-standing rhetoric about keeping the use of tests in perspective.

But this invites a question: What prevents admissions officers from practicing what they preach about holistic admissions without going test-optional? Given the well-documented evidence for the usefulness of tests as an admissions tool — along with well-established guidance that tests should be used together with grades and other criteria — why can’t admissions and enrollment professionals continue to require applicants to submit SAT or ACT scores while also ensuring that their staffs are trained to use the scores appropriately?

As the scrutiny of the college admissions debate increases, putting more and more pressure on enrollment officers to be as fair and inclusive as possible, developing more useful, fine-tuned data for decision-making will require more attention to rigorous research, not less.

One of the biggest reasons the book presents for continued interest in test-optional admissions is simply that some colleges see little downside — and a number of upsides — to implementing the policy. Their announcements about increasing access and racial diversity tend to garner positive publicity despite the lack of rigorous research supporting such claims. And removing testing requirements tends to increase the number of applications, which in turn lowers a school's acceptance rate and can increase its ranking.

Enrollment managers now have more evidence that gives them ample reason to take test scores seriously as an important gauge of academic potential. Test scores are just one of many items in the admissions toolkit. And, as the research in this volume shows, eliminating the information provided by test scores will not in and of itself help admissions officers meet their goal of opening doors for more aspiring students.

As the scrutiny of the college admissions debate continues to increase, putting more and more pressure on enrollment officers to be as fair and inclusive as possible, developing more useful, fine-tuned data for decision-making will require more attention to rigorous research, not less.

Jack Buckley is the senior vice president of research and evaluation at the American Institutes for Research and a research associate professor of applied statistics at New York University. He is the co-editor, with Lynn Letukas and Ben Wildavsky, of Measuring Success: Testing, Grades, and the Future of College Admissions (Johns Hopkins University Press, 2017).