I remember the day I got my A-Level results.

I queued up to get my results.

In front of me, my teacher congratulated the student for doing well. I expected the same.

When she passed it to me, she barely mentioned a word.

I looked at it.

It was bad. I’m not joking. It literally spelt,

As if it wasn’t bad enough.

I scrambled to get away. To hide my shame. Being in an ‘elite’ school, I was ranked at the bottom of the cohort. 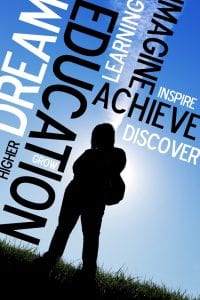 For a week, my parents tried to talk to me about my future plans. I tried to run away.

Things got so bad that one night, my mum slept in front of the door, so that she could stop me.

You may laugh. But it was a very distressing time for me. And my parents.

As a parent yourself, you may struggle to know how to parent your children as they grow up. They may be reaching the age where they need to make a decision about the next stage in their lives. University? Work? Or university and work?

You wonder how to help them.

I once asked my father how to get a pay raise.

Who do you think you are?

Who do you think you are?

You might want your best for your child. But your best might not be what’s best for them.

As parents, the tried and secure ways seem better.

Be a doctor! A lawyer! An accountant!
That’s where you will have a good life!

That’s what we think.

As children share with you their plans, treat those ideas as precious. With dignity. As if they were jewels.

It’s not easy for a child to share his plan with someone, let alone their parents. Especially when it sounds outlandish and outrageous.

They might not even be clear about the plan themselves. They only have a vague idea.

The conversation is not going to be done and dusted in a night. It’s a process. Things take time. Make it a regular conversation. Make it non-confrontational.

Rather than saying, ‘So, what are your plans?’, make it less threatening. Put yourself in their shoes. Say something like,

I may not fully understand the plans you have.
It may be confusing and difficult at this time.
But I would like to be with you on your journey.

If your child is not talking to you about their plans…

As you can tell, I’m not an easy child to parent. For months, I avoided my parents. It helped that I was in National Service, serving army on an island, far, far away.

When I came home, I would only come home to throw my soiled army uniforms for my mother to wash. And then run out again to meet friends. 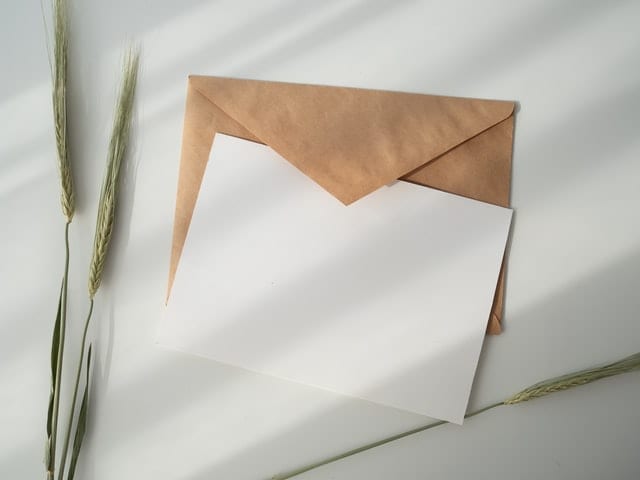 One night, I saw a letter on my table. From my father.

I was tempted to throw it away. I didn’t want another sob story about how hard my parents had worked to raise me. But I wondered what it was. So I took it out, read it…

And promptly shelved it.

But that letter sowed the seeds for future conversations. Because I knew that my parents were with me, whatever I did.

As parents, if your child refuses to talk to you about their plans, there’s nothing you can do to change them.

You didn’t read that wrong.

Take the time to ask yourself:

What’s my share of responsibility in this matter?
Why does my child find it so difficult to speak to me?

Rather than looking at your child as being difficult and avoidant, look within. You might find something helpful.

There are various efforts you can do to engage your child. One way is a letter. A letter to celebrate them, not to change them. Celebrate their qualities. How they have shown that in the past.

It’s your child’s life. They make the decisions they will live with. You don’t live with those decisions. You’ve done your best to parent them.

As your child begins to spread his wings, maybe it’s time to let go.

Push them, not pull them in

It’s tempting to be a helicopter parent. To tell your child that whatever they do, you will support them.

That may not be helpful.

As children reach their later years, as they come to the big, strapping child of 18 years, enabling their further dependence on you may not be best.

Let’s face it. The Bank of Mum and Dad, or BOMAD, is a big bank. It’s also one of the most generous banks around. No interests, no repayments, no demands for payment.

As much as you want to help them, set practical conditions to the help you give. For example, in the scholars I’ve worked with, the more motivated ones are those whose parents have contracted with them about how they will repay the help parents have given them.

There is a clear contract stating when the loan needs to be repaid and how it will be repaid. Yes, a contract. Between family members.

I recently worked with a father who had sent his child to read law overseas. When his son came back, his son promptly sued him to get more of his inheritance. Before his father even passed away.

As a parent, you might want the best for your child. But that best cannot be your best, but the child’s best. The child needs to own his future.

Pushing them to find their wings, rather than pulling them in, will be better in the long run.

I left for my studies in Nottingham, England, on 23 September 2016. When I stepped into the departure hall, and waved goodbye to my parents for the final time, I felt freedom. For the first time.

Being a parent to a child, who’s flexing his wings, and raring to go, can be scary. It can be even scarier when you’re not sure if the ‘plan’ he has is going to lead him crashing.

Brave your child’s fears together, rather than for him.

There are going to be dips in your child’s flight.

But have a little faith.

It will work out.

When I was 19, I did badly for my A-Levels. I stopped talking to my dad for four months. One evening, I found a card from him on my table. His heartfelt sharing about his personal failures prompted me to open up. Maybe in this digital age, it's better to drop a ‘What's Up' over a WhatsApp.

I have worked with international scholars from Spain, England, Thailand and Russia to push them into realms of personal and professional outperformance. I coach millennials to live lives of purpose, passion and integrity at liveyoungandwell.com