HUNTER, N.D. — On windswept fields outside Fargo, North Dakota, a bold experiment in education has begun. In a lone building flanked by farmland, the Northern Cass School District is heading into year two of a three-year journey to abolish grade levels. By the fall of 2020, all Northern Cass students will plot their own academic courses to high school graduation, while sticking with same-age peers for things like gym class and field trips.

The goal is to stop tethering teaching to “seat time” — where students are grouped by age and taught at a uniform, semester pace — and instead adopt competency-based education, in which students progress through skills and concepts by demonstrating proficiency.

That alone isn’t unusual; a majority of states now allow competency-based pilot programs, and many schools have fully implemented the approach. What makes Northern Cass notable is that very few mainstream schools, let alone districts, have set out to topple grade levels.

But as the movement against seat-time learning grows, more schools nationwide will be grappling with grade levels, deciding whether to keep them or to hack through thickets of political, logistical and cultural barriers to uproot them.

Some school leaders insist that competency-based education can survive and even thrive within grade levels, or a modified version of them.  Others, however, echo Northern Cass superintendent, Cory Steiner.

“We can’t keep structures that would allow us to fall back into a more traditional system,” said Steiner. “If we’re going to do this, we’re going to have to manage without grade levels.”

One recent spring afternoon, about a dozen Northern Cass students working on laptops made themselves comfortable in a large classroom with mobile furniture, beanbag pillows and a plush blue couch.

We’ve decoupled the curriculum from those grade levels. You are studying what you need to study at your level.
Bill Zima, superintendent, Kennebec (Maine) Intra-District Schools regional school unit #2

The kids were rounding out eighth or ninth grade, but that had little to do with their choices of self-paced lessons in several subjects. Some had finished all the material pegged to their grade level months ago and had moved on, while others were taking more time.

Two teachers, known as “academic advisors,” were on call to field questions and ensure everybody stayed on task (the teachers also lead weekly seminars or labs to bolster the computer work).

These students, and a couple dozen others circulating through the classroom for three periods each day, make up Jaguar Academy (named for the district’s feline mascot). As a first-year pilot, Jaguar Academy is just part of the larger overhaul. But it’s one of the district’s first steps toward a grade-free future.

For students like Katelyn Stavenes, reclining on the couch and catching up on science she missed during an illness, Jaguar Academy is a welcome taste of autonomy.

“I can just lean back and do my stuff instead of always watching the clock and wondering, when can I get out of here?” said Stavenes, who will be a ninth-grader this fall.

Meanwhile, at one of the tables in the hallway set up for kids working together, a girl named Silver Anderson said that doing three courses in Jaguar Academy (physical science, English and American history) gave her the schedule flexibility to meet with the band teacher on Friday mornings for an informal class in music theory and composition.

“I’ve been experimenting with chord progressions,” she said. “There’s so much behind music to learn.” 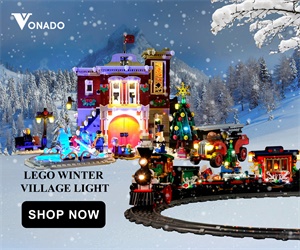