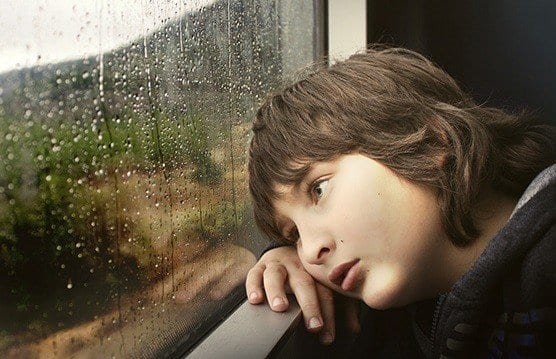 One of the most frustrating things that parents deal with on a regular basis is moodiness in their children. We hate the feeling of walking on egg shells around them because they're in a bad mood or that you must consistently give them space because they just don't feel like talking.

So how do you handle a moody child?

This is obviously an issue that gets more challenging as kids get older. Moody teens and even young 20-somethings are frustrating. It's hard to always temper your conversation because you might set someone off or because you might get shut down if you just feel like talking.

There's no magic pill for this, but here's what you can do:

Just be yourself
Don't let a bad attitude squash you. If your child only growls in the morning, say a cheerful good morning and leave it at that. No need to clam up or growl back.

Give them space
As much as you hate it, sometimes you just have to give them space. If your child is not in a talking mood, nothing you say or do will pull a sincere conversation out of him or her. Let it go. Forcing it will only make matters worse.

Let them know how you feel
There will be a time for honest conversation and that time is usually when your child is receptive and feels like talking. At that point, it's okay to share that their moodiness affects you and that when they ignore you or don't want to talk, it makes you sad. Kids need to know that how they act affects others.

Be Patient
Hopefully, this is a phase that they will soon outgrow. Just be forewarned that it can last into their 20s. The most important thing is that your kids know you love them, no matter what.

An awesome entry-level cube for newer puzzle solvers. Don’t be… [...]

This table and chair set from Little Tikes is perfectly… [...]

Create-A-Face prides themselves on their face painting kits. The paints… [...]