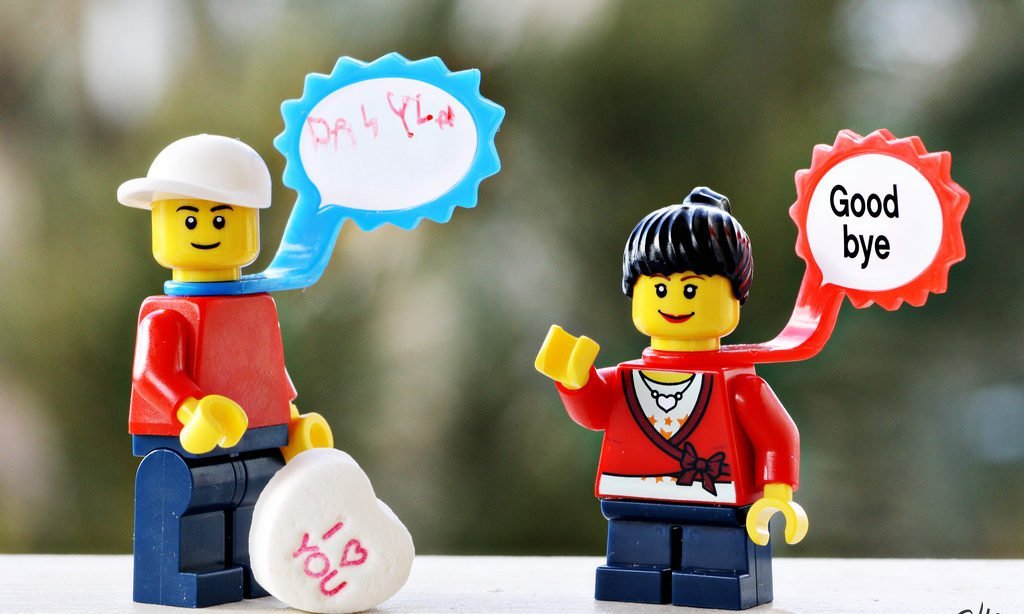 When my son, Isaac, who is diagnosed with autism, was three years old, he went to a therapeutic school which was focused on teaching sign language. He caught on pretty quickly and had about a half dozen signs by the time he left the school at age four. We transferred him to a behavioral school because we wanted him to benefit from Applied Behavioral Analysis (ABA), a method that the previous school refused to use. The director of the new school said that sign language was “not practical because nobody working in adult services understands sign language.” They started Isaac on a communication board. Within a matter of months his signing went into extinction and at the end of the year, he was not using the communication board properly either.

Isaac is now 28 years old and is in adult services. There is a young lady in his group home who signs, and I believe that she has hundreds of signs. The direct care staff in adult services made a concerted effort to learn sign language, and they communicate wonderfully with her. The efforts that the group home staff made to learn sign may not be the case everywhere, but all forms of augmentation communication require some effort on the part of the direct care staff.

Oral Speech is Your First Choice

When my son arrived at the behavioral school, his speech plan was to imitate three sounds. He passed that with flying colors. I remember being in shock when the teacher and speech therapist told me that since he was already five years old and had not started to talk fluently, they were going to concentrate on the communication board and forego oral speech goals. They assured me that studies have shown that using a communication board facilitated oral speech. While that may be true, I highly doubt that redirecting a child to a communication board time every time he tries to speak or sign actually facilitates oral speech (which is what they actually did).

Several years later Isaac transferred to another behavioral school. This school used some flash cards about fifteen minutes a day for about six months before they determined that working on oral speech was a waste of time.

In Isaac’s early years he needed to be taught everything. He did not just pick up information in his environment. That changed as he matured. Back when he was younger I wondered why anyone would think that imitating a few sounds or doing a few flash cards would produce oral language in a child so impaired. I knew back then that my son needed a comprehensive system for language learning. This comprehensive system needed to take into account the function of language and needed to be intense. Working five to fifteen minutes a day on an oral speech goal would not work. This would require many hours. But where was such a system? I had expected the professionals to produce this, but they didn’t.

Then I went to hear Dr. Vincent Carbone speak about Verbal Behavior. Verbal Behavior is an ABA technique used specifically to teach language to children with autism and other communication issues. These techniques are based on a book titled Verbal Behavior by B.F. Skinner. This book inspected human behavior in terms of language. It described what is traditionally called linguistics. Skinner had a behavioral viewpoint in terms of how he thought language was developed. This was and still is controversial. At the time Skinner’s book was published, it drew sharp criticism from the linguist, Noam Chomsky.

Frankly, I didn’t care one way or the other about the origins of language. I just wanted a systematic approach to teach Isaac language and Skinner’s theories provided the framework for that approach. I attended a few more of Carbone’s workshops. Then I bought Partington and Sundberg’s book, Teaching Language to Children with Autism or Other Developmental Disabilities. This book is based on Skinner’s Verbal Behavior theories and Carbone recommended it.

Then, I and therapists in Isaac’s home program got to work. I was never able to get any of the professionals at any school on board with any of this. However, after about a year of using these methods, Isaac’s language, communicative intent, and speech improved greatly. (Communicative intent is the desire or interest in communicating with others.) The problem was and still is that his speech is extremely difficult to understand. He whispers and has trouble with voicing, but between his words and gestures, he is able to get his point across to us. Because his speech is so poor, I have a hard time actually convincing the professionals that he does actually speak. But it is always a battle, isn’t it?

I have been told that speech therapists also have comprehensive methods for teaching children oral speech. Unfortunately, this was not my experience, but I concede that there may be other good comprehensive systems for language learning out there. If you or some professional did not spend hours and hours working on a comprehensive speech and language program with your non-speaking child, I believe it is possible that your child may actually speak with the right kind of help unless there is a physical reason for the lack of speech.

When is the Deadline for Developing Oral Speech?

Is it five years old? I believe that the deadline should be never, and certainly not be age five.

If there are studies or literature on a deadline for developing language, I certainly haven’t seen them. This may be a self-fulfilling prophesy because children who do not develop speech on their own may not be receiving the help they need to develop speech and language. However, there are individuals who cannot develop oral speech and must use some kind of an augmentative system. Unless there is a physical reason why the person cannot talk, I would not give up on oral speech until someone makes a genuine effort to teach this. The genuine effort should include a comprehensive method for teaching language and communicative intent.

Who Selects an Augmentative Communication System for the Child?

When my son was young, the schools he attended decided what augmentative communication system would be used. If a student could not speak fluently by the age of five, the school would start on an augmentative communication system based on the program’s philosophy. All of the non-speaking students would use that same mode of communication in that particular school. It did not matter that the child picked up sign really fast or that the student showed no signs of having picture recognition. If the school believed in using communication boards or books, that was the system all of the non-speaking students got.

Conversely, if it was a signing school and the student did really well with a picture exchange system, that student was totally out of luck in that particular school or program.

I strongly believe that schools, programs, speech therapists, administrators, teachers, psychologists and even parents have no business whatsoever selecting an augmentative communication system for a child. It is the CHILD who should get to pick the communication system based on what s/he has shown to be a preference or strength. The role that professionals and parents play is to figure out what that preference or strength happens to be and then to help facilitate the learning.

Angular is an amazing JavaScript (TypeScript) framework which allows you… [...]

Awaken your literary force with this awesomely interactive party game! [...]

Homework: A Parent’s Guide To Helping Out Without Freaking Out!

HOMEWORK: A Parents Guide to Helping Out Without Freaking Out! will… [...]